LIP THE LIAR AND HARDLY HA HA
by Boris Celser

A good Jew is a Jew who is angry with and disgusted by the behavior of most of his fellow Jews. 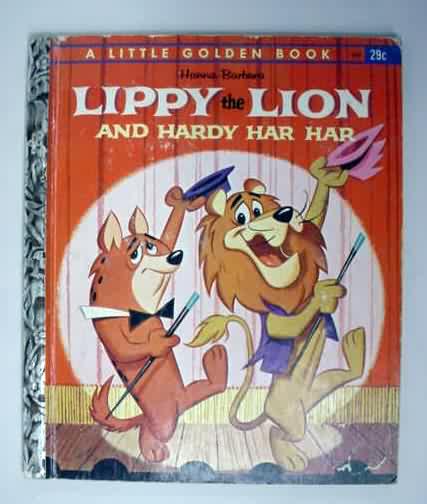 First, the good news. A device has been developed which allows the reading of one's mind. Never mind the loss of the last remaining freedom, the freedom of silent thought. From now on it will be possible to investigate the reasoning of politicians, to determine whether or not they are lying before they speak or act. It's more accurate than a lie detector machine. Of course, leaders will allow this new invention to be implemented nowhere. Nowhere? Not so fast, not so fast.

Quick, anyone. Name the only "independent" country in the world, established to be the homeland of the most persecuted people on the planet, where the vast majority are not allowed by their own "democratic" government to pray on their holiest site in their own capital, lest it offend the minority planning the majority's demise. Not true? Is there an excuse? Ahhhh, the beauty of mystic Jewish Socialism never ceases to amaze me. The gutter, the ghetto, and the gangsters, everyone is included and welcome.

But I'm being unfair. The few Jews allowed on the Temple Mount at any given time by the Jewish police are allowed to pray to God - provided they don't move their lips, even silently. In these days of open communication and supposedly free speech, Jews on the Mount are treated by their own as worse than pigs and apes. They are not permitted to utter even a grunt, not even a silent one in prayer. Interesting. The present president of Israel said: "A Middle East where holiness will overcome oiliness" [Remarks to Fourth Business Forum Conference, Jerusalem, February 28, 1994]. Lip the Liar. The Jews get neither.

It started in 1967, when Jerusalem was apparently "liberated". Forty years and counting. The one-eyed Socialist general made sure the mosques stayed put, and control of the Mount maintained by the grateful future peace partners. He and his boss, the one named after a Brazilian beer brand - Skol. No one ever after got sober. From Begin to Bibi, Rabin to Barak, Peres to Sharon. Some leave office feet first to the grave. Others feet first to the hospital. It's not considered good manners to walk away on one's own feet. What a feat it would be. Perfect fit. Lip the Liar, all of them.

This week Hardly Ha Ha is visiting from America. Two peoples side by side, living in peace on the land, he says. As long as one side is racially pure, while the other is...I don't know, can anyone tell me what it actually is? What does it stand for? A place for Europe's Jews to run away from Eurabia in order to be surrounded by the very same they're running from? Club Med on the Med? But land on the land at your own risk. And if you want to pray, don't move your lips. Visit, call on, don't delay, but remember, Jewish cops are standing by.

I don't think Hardly Ha Ha will be addressing the lip issue with Lip the Liar during this Middle East trip. Shhhh. Who wants to upset the Saudis? The poor sods can pray elsewhere, after all the Temple Mount is Muslim, and every Lip the Liar wants to give it away. Hardly Ha Ha loves fowl but he prefers Saudi cocks marinated in oil to sterile kosher hen. To each his own. Sorry, I've moved my lips as I was typing.

Call it lip talk, but if Hardly Ha Ha's piano player adviser had briefed him better, he could have used the fact that Arabs on the Mount notify Jewish kapos, oops, cops nearby when lips move silently in prayer as a wonderful example of how Arabs and Jews can work together in harmony when they want to. The 1940s elsewhere all over again, remember? But Hardly Ha Ha never misses an opportunity to miss an opportunity. Ask Bin Laden's relatives, the ones allowed to leave the States without being interrogated at 9/11. "If you're not with us, then you are with the terrorists", he said the week after. Either most of the world didn't hear and didn't care, or everybody loves the Saudis.

Hardly Ha Ha tells Israel to "end the occupation", that's the latest headline. Occupation of what by whom? "Leave Arab land", he says. Was it ever Arab? And no one watching either in government or opposition stands up to refute him. No complaints by the mainstream media. A nation led by cowards ultimately leads to a nation inhabited by cowards. Not even the most subservient Soviet satellite behaved like this. No honor. No pride. Only shame. He was not only trying to feed us a lie, he actually wants to feed right away. Hardly as Lip? Lip the Liar and Hardly Ha Ha sharing the carcass at the same time? Two competing species side by side, feeding in peace on the land? Only in Israel. The Promised Land. Promised by God to the Jews. Promised by Lip and Hardly to the "Palestinians".

Really, it would be so much simpler if all history books and documents were destroyed, and the State Department's version adopted. Pax Americana, where "settlers" are terrorists, Jews and "Palestinian" non-refugees are caged between the sea and who knows what, and millions of professional "Palestinian" refugees between who knows what and the river, plus Gaza. For their own protection and well being, of course. After all, it's a jungle out there in the real world.

The present Lip the Liar, the one who would definitely not benefit from taking a lie detector test, has a deadline for a last roar: January 2009, Ha Ha's final laughter. Two thousand years of killings, purges, pogroms and, when the Jewish dream could be finally fulfilled, then peace comes along. Painful concessions, he says. Not from himself. And, as we know, painful confessions would land him in jail. Maybe not, not in Israel.

Lip the Liar, like his predecessors, loves proportional representation, exactly because it represents nothing. Sixty years of political brainwashing, and the fools, sorry, proud Israeli Jews now say the Diaspora should not be involved in determining the future of Israel. As if they were free to decide for themselves or to change anything, given the "unbiased" information they're subjected to back home. As if only Diaspora Jews meddled in Israel's affairs, no one else on the planet. "From sea to shining sea", oh America the Beautiful. In Israel, not even from the sea to the nearest river, oh America the Just. Oh well, it looks like Diaspora Jews must dwell alone. The Israeli people, Lip the Liar in charge, and proportional representation. There is enough material here for an entire psychiatric conference.

No, there is more. There is the High Court, Lady Justice with two left arms. Civil rights and liberties to all, mind control overall and over all. Equality. Gaza terrorists needing treatment in Israeli hospitals to get well and resume their activities? No problem. The IDF attacking Gaza with force? No way. Protecting Sderot? From what? In the land of the just, civil rights and liberties don't apply when one dares move one's lips to pray to one's God on His holy site. No, that's not allowed. But they shall fight on the beaches, they shall fight on the landing grounds, they shall fight in the fields and in the streets, they shall fight in the hills, they shall never surrender to any Justice Minister's plans to reduce their control over society and the power to appoint their own successors. Lip the Liar, too.

Of course the Israeli media, totally unbiased and devoted to the truth and nothing but the truth with no favoritisms or its own agenda, forcefully states on behalf of all of the above the unquestionable reality: "We want to be raped". Well, the problem is, only Israeli females qualify. Males have too much body hair. They could shave it off and pretend, though. Pity they are not allowed to follow Hardly Ha Ha to Saudi Arabia and have their share of the male bird to be served in the banquet. Lip the Liar.

At the state dinner Hardly Ha Ha told ministers and others to keep Lip the Liar in power. He called him a strong leader. In a real democratic country, as a guest, Hardly Ha Ha would not dare interfere publicly to this extent. It is an insult to meddle in such a way. He knows Lip is detested by most voters. He knows Lip would be thrown out if elections were held now. He knows Lip is being investigated for several charges of corruption. But what does he care, he is in Israel. Israel is no longer an independent country. The present Lip fits the purpose of America - to split Israel, to make sure she is small and weak and surrounded, and never fulfills all her potential. Do the local Jews care they have just been insulted by Hardly, who doesn't think their opinion matters a damn? Do they even know? The media was too busy enjoying being raped to report this particular abuse. Cowards. But on the issue of being free to pray by moving even one lip, not a peep from Hardly, not a beep from Lip, even though during the toast both took a long sip and promised each other in touch to keep and the nation apart to rip. Diaspora Jews, do not interfere in affairs of State you do not understand.

Yes, now the psychiatric conference can convene. All the subjects have been identified. Let's hope it will conclude that Israel will not exist without a liberated Temple Mount in its own capital. "Fraud" explains a lot in Israel these days, but there must be a limit to everything, otherwise the next Hardly Ha Ha will scavenge on the remains Lip the Liar has not yet consumed.

Who can save Israel? There is no brave male in sight. Why not a female? Where is Israel's Hanna Bar Bera to end this sad cartoon?

Last, the bad news. A device has been developed that allows the reading of one's mind. The Muslims controlling the Temple Mount have been given one, and...

Boris Celser has a MBA and is also a telecommunications engineer, a lifelong traveller and an avid reader. He is a frequent contributor to Think-Israel. He lives in Canada.