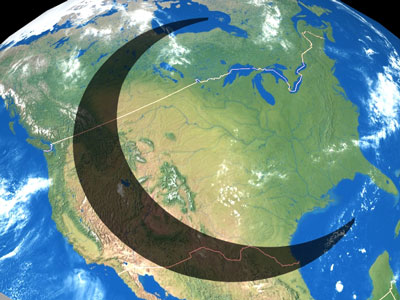 The word "Islam," is derived from the Arabic "aslama," or "Tasleem" which means 'surrender.' The word for peace is not "tasleem," but it is "solh." Hence, when radical Muslims behave in violent barbaric ways, they are only doing so in obedience to the dictates of their creed. They are surrendering and sacrificing anything and everything in service to the will and pleasure of Allah, as they see it. In saying that Islam means peace, Islamic apologists are simply indulging in word play in order to put as positive a spin on things as they can. It is an attempt to argue that Islam promotes non-violence. In other words, they are lying.

Of course, not every Muslim surrenders fully to the will of Allah. The great majority of Muslims are only partial Muslims. They may say their daily obligatory prayers, they may tithe some, and they may keep the fast from time to time. Yet, they may also have a few drinks now and then, and do many things that they are not supposed to do.

But Islam can be a "forgiving" religion, specifically for the male. If you neglect to say your prayers or you simply don't want to, you can hire someone, preferably an imam or a mullah, to pray on your behalf. Going to the Hajj is too onerous and takes you away from the pleasures and comforts of your life? You can deputize someone else to go in your stead. You have a few drinks of the forbidden brew and it is time to say your prayer? Simply rinse your mouth and go ahead with praying. But, always remember the will of Allah and serve him. Do your duties to vanquish the unbelievers, promote the rule of the Shari'a, and make the earth Allah's.

If only the masses of Muslims arise and carry out the orders of Allah, then we would have the promised paradise of Islam on earth as exemplified by such rules as that of the Taliban, Saudi Arabia, the Sudan, and of course the Shiite nirvana of the Islamic Republic of Iran.

In these model Islamic societies, freedom of expression, worship, and assembly are taken away. Women are treated as chattel. Young girls are subjected to barbaric genital mutilation to make them sex slaves and birth channels without the ability to enjoy intercourse. Minors are executed, adulterers are stoned to death, thieves have their limbs amputated, and much much more. Isn't that everyone's idea of paradise?

This misogynist religion of Allah is custom-made for the savage male. A faithful follower of Allah is allowed to have as many as four permanent wives – and replace any of them at any time he wants -- as well as an unlimited number of one-night or one-hour-standers that he can afford to rent. But, woe unto a woman if she even has a single love affair with another man. Nothing less than death by stoning is her just punishment.

The partial-Muslims are seemingly harmless, may appear normal, and are under the radar. What gets our attention is the die-hard, the real Muslims who are a small minority. Yet this virulent combative minority is campaigning simultaneously on two major fronts. It works to herd the partial-Muslim majority into its fold and vanquish all other non-believers by any and all means.

It is prudent to keep in mind that all important events in the history of humanity have been instigated by either an individual or a small group. These individuals or groups have been the sheep dogs that have directed the movements and activities of the masses, the sheep.

This is exactly what the real Muslims, the Islamists, are doing in the world today. It is suicidal to dismiss the Islamists as a bunch of zealots of no consequences or as a fringe group that will burn itself out. Sadly enough, it is the bulk of the Muslims that pundits portray as "peaceful" who is either irrelevant or often serves as an instrument in the hands of the Islamists. A couple of examples from recent history conclusively prove the point that it is the fanatical minorities that launch and implement campaigns that inflict immense suffering on the larger society.

In the 1930s, very few Germans were Nazis, but many basked in the resurgence of German pride and many others were too busy with their own lives to care. Thus, Germany presented a wide-open unchallenged opportunity for the Nazis to push forward their agenda and gather power to a point that it was too late for any other force to stem their tide.

And we all know what suffering this gang of radical supremacists inflicted on millions of people before their own demise.

The Khomeinism of Iran was started by a band of Shiite fanatics who rode the tide of opposition to the rule of the Shah and promised the masses the Islamic nirvana. No sooner had the Khomeinists ascended to power than they made the entire nation captive by murdering tens of thousands of the complacent and the late-to-awaken opposition, imprisoning and torturing untold thousands more, and creating a state of Islamic menace that threatens the entire free world.

The fact is that too many die-hard Islamists continue leaving the failed Islamic states and settling in the lands of the Kafir. These new arrivals bring with them the deeply engrained hatred of the infidels and believe that they are indeed the rightful owner of the entire earth and all other non-Muslims are mere squatters that must be either subjugated or eliminated all together.

In this relentless campaign, the Islamists have a vast cadre of "experts," "talking heads," and for-purchase politicians who keep endlessly broadcasting the false mantra that Islam is religion of peace. This latter bunch is criminally complicit in making the populace complacent and furthering the work of the Islamists.

Islam may be a religion of peace. It is the kind of peace embedded in its very name: Surrender. Free people shouldn't be cowed by the Islamist savages and should take into account their accomplices who are shamelessly deceiving the public regarding the true nature of Islam. And what should we do? We should articulate a fair and fearless critique of Islam. We must expose Islam as it really is and then identify moderate voices that are calling for a complete reformation.

Islam demands unconditional surrender of all that free people cherish and hold sacred. It is Islam, a pathological doctrine and a vestige of long ago barbarism that must surrender to the wholesome principles of freedom and free people.

Amil Imani is an Iranian-American writer, poet, novelist, and political analyst who has been writing and speaking out about the danger of radical Islam both in America and internationally. He has become a formidable voice in the United States against the danger of global jihad and Islamization of America. He maintains a website at www.amilimani.com. Imani is the author of Obama Meets Ahmadinejad and the upcoming thriller Operation Persian Gulf.