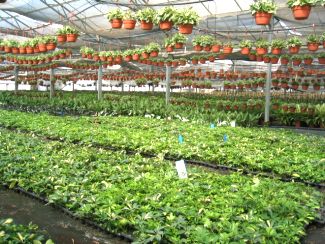 Attorney General Menachem Mazuz has approved a government plan to house Jews from the former Gaza town of Kfar Darom. The plan was authorized for the first time more than four years after Kfar Darom's approximately 100 families were forcibly removed from their homes in the 2005 expulsion known as the "Disengagement".

In the first months following that expulsion, families were put in hotel rooms in Be'er Sheva. Over the past few years, many have stayed in apartments in Ashkelon, while others, despairing of a timely solution from the government, broke apart from the community and found housing in various communities throughout the country. 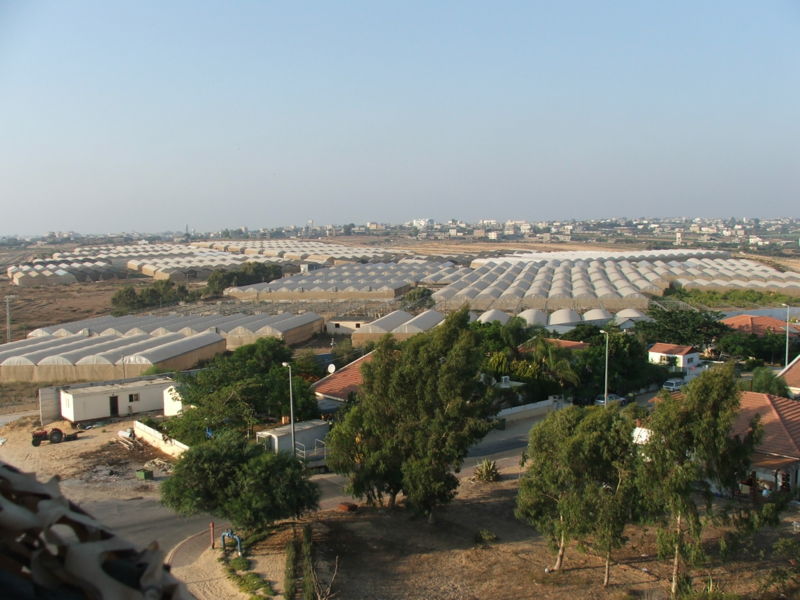 The long stay in Ashkelon was difficult for many Kfar Darom expellees, many of whom had worked in agriculture prior to the expulsion from Gaza. The farmers who had created a thriving industry selling bug-free vegetables to Israel and the world were left with no land or funds with which to rebuild their businesses.[1]

Kfar Darom was established in 1946. After Israel declared independence, the town was one of many in southern Israel to be attacked by the Egyptian army. The original residents were driven out; after the war, they established the town of Bnei Darom.

Following the 1967 Six Day War, Kfar Darom was rebuilt on its original site with encouragement from then-Prime Minister Golda Meir. 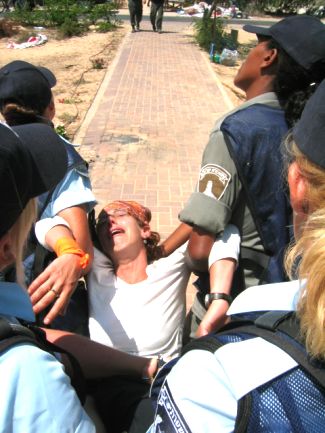 Gush Katif woman is crying as she is dragged away

During the Disengagement, the community made headlines around the world due to the hundreds of Jews who resisted attempts to remove them from Gaza, taking a stand on the roof of the local synagogue. While media tended to describe the determined group of protesters as "youths," the group included many adults, among them IDF officers.

Ariel: Expellees Have Suffered for Too Long

MK Uri Ariel of the Knesset Lobby for Expellees, who worked to push the building plan through approval process, responded to news of Mazuz's authorization by saying that the expellees had suffered for far too long. He accused the government of breaking its promises to expellees and to the nation. 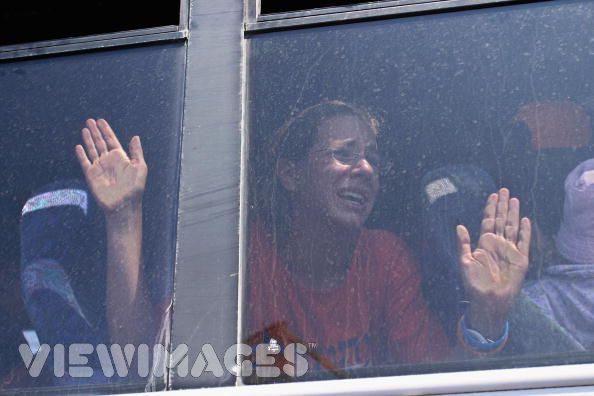 Gush Katif woman on the bus

"We warned prior to the expulsion that nothing was ready for the expellees — in complete violation of the promises the government made about 'a solution for every resident.' Only now are we beginning the process of creating a new community for the expellees, a process that is expected to be complete only in two years — that is, six years after the expulsion," Ariel explained.

In an interview with Arutz Sheva's Hebrew-language news service, Hagit Yaron of the Gush Katif Residents Association said many former residents of Gush Katif fear that they will spend the rest of their lives in the "temporary" housing sites set up by the government following the expulsion. Even now, more than four years later, very few houses have been built in the planned permanent new towns, she said.

However, the biggest problem facing many expellees is not the lack of housing, but their financial situation, Yaron explained. In the years following the expulsion, most former Gush Katif residents suffered unemployment and were forced to spend most of their compensation money on day-to-day expenses, leaving them without the funds to build a new home. "They don't have the option of constructing homes, and they might be forced to spend the rest of their lives in the caravans," she said.

Maayana Miskin writes for Arutz-Sheva, where this article appeared September 18,, 2009. It is archived at
http://www.israelnationalnews.com/News/News.aspx/133502 The photos are not part of the original article.