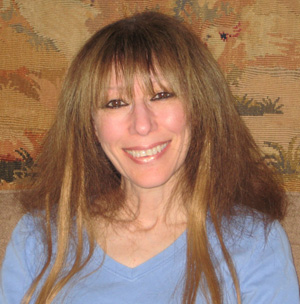 Roy claims to be an expert on the political economy [1] of the Gaza Strip, but her real expertise is in anti-Israel leftist political propaganda. She worked on her doctoral dissertation in education part of the time while living for a while in the Gaza Strip, and got paid as a a research assistant by the West Bank Data Base Project, a propaganda project directed by anti-Israel radical Israeli [2] non-academic leftists.

Roy's Middle East studies publications are by and large propaganda diatribes, and many appear in non-academic anti-Israel propaganda magazines, some of which appear in openly anti-Semitic web magazines [3], at least one having intimate ties to the PLO. Phyllis Chesler calls her one of "the most savage critics — of America and Israel." Roy is a prolific writer of newspaper op-eds and spends much of her time giving "expert" lectures about the Arab-Israel conflict.

Sara Roy was born Jewish, and she uses this circumstance as a lever to better support Israel's enemies. She refers frequently to something she calls a "Jewish ethical perspective" whenever bashing Israel and cites her "Jewish roots" when promoting the Hamas on anti-Semitic web sites such as [4] the Neo-Stalinist Counterpunch.

Roy is, in fact, arguably the leading apologist for Hamas [5 in American academia today. She is the inventor of an imaginary "New Hamas," [6] a fictional group that seeks peace and social wellbeing for Palestinians, unlike the real Hamas, which seeks to carry out a second Holocaust of Jews. Roy has been described as [7] "the ringmaster of Harvard's bash Israel circus." According to Middle East scholar Martin Kramer [8]:

'Her current project is the whitewashing [9] of Hamas, but she's best known for invidious comparisons [10] she drew in April 2002 between the Israeli occupation and the Holocaust. (She thinks being the child of Holocaust survivors gives her a license.) "There is no let-up," Roy moans about the criticisms of Middle Eastern studies. She's right about that. Permanent contention: get used to it.'

Roy is so goofy that she was invited to give the Edward Said Lecture at the Australian [11] University of Adelaide in 2008. The entire lecture was devoted, with frequent invocations of "Edward," to showing how the only lesson from eons of Jewish suffering is that everyone must support the Palestinian war against Israel.

While enjoying unrestricted exposure in the media, she simultaneously claims that she is being censored by the Right Wing Conspiracy. A case in point is the locally famous case of a book review which was rejected by Tufts University's Fletcher Forum of World Affairs [12]. In this essay she tried to trash Matthew Levitt's Hamas: Politics, Charity and Terrorism in the Service of Jihad [13] (2006) because it said mean things about the terror group. When the journal refused to run the piece, she pouted that this constituted [14] a "blatant...case of censorship." She has denounced [15]Campus-Watch [16] as well for its exposure of extremist propaganda in Middle East studies. In her words, "What all this boils down to is an attempt to silence criticism of US policy, and put an end to disagreement with the neo-conservative agenda. It is not diversity that is being sought but conformity."

When Roy gets bored with Harvard, she goes on anti-Israel speaking [17] walkabouts. Her message is always the same: The Palestinians are innocent victims of Israel's brutal oppression. Hezb'Allah and Hamas terrorism is an entirely understable response to Israeli evil. Israel gobbles up "Arab land [18]" out of imperialist obsession. Every use of force by Israel is a brutal provocation; every act of terror by Arabs is a protest against occupation.

Writing recently in the Harvard student [19] newspaper, Roy opined: "Gaza is an example of a society that has been deliberately reduced to a state of abject destitution, its once productive population transformed into one of aid-dependent paupers. This context is undeniably one of mass suffering, created largely by Israel but with the active complicity of the international community, especially the U.S. and European Union, and the Palestinian Authority in the West Bank." Got that? Even the Palestininan opponents of Hamas and the EU are collaborators with Israel in its unspeakable crimes. (Roy was subsequently taken apart for her bias [20] by a Harvard student writing in the paper.)

Roy is the author of two books: The Gaza Strip: The Political Economy of De-development (1995), and The Economics of Middle East Peace: A Reassessment (1999). To call her viewpoint one dimension is to praise it unjustly. Her repetitious theme is that there is nothing at all wrong with Palestinian society that cannot be blamed directly on the Jews. Destroying the Palestinian economy is why Israel constructed its security fence [21], for instance; this decision had nothing at all to do with countless terrorist atrocities against Jews carried out by Palestinians.

Her work in recent years at Harvard has been devoted to prettifying Hamas [22] and other Islamofascist movements among Palestinians, and to try to prove how moderate [23] they are. In her "study" of Hamas [24], she displays complete ignorance as to the background of Hamas [25] and its roots in the Islamofascist "Muslim Brotherhood" movement. She paints it as a pastoral little social welfare group. She has published at least one anti-Israel article together with someone [26] from a notorious Hamas front group, the so-called Gaza Community Mental Health Program.

Writing in the al-Jazeera newspaper [27] — with its intimate links to al-Qaeda — in 2003, Roy insisted that the only way to stop Hamas terrorism was to first end Israel's "occupation." But the following year Israel totally ended its occupation of Gaza. The direct consequence was the bloody campaign of Hamas rocket and other terror attacks from Gaza against Israeli civilians inside Israel's pre-1967 borders. This terror campaign directly lead to the "Cast Lead" military operation by Israel last year. Roy has never apologized nor repudiated her earlier false prophecy. To the contrary, the behavior of Hamas since Israel's Gaza withdrawal has simply persuaded her all the more that Israeli "occupation" is the exclusive cause of all Middle East violence, even when it does not exist.

Roy is a nominal board member of Marc Ellis' [28] radically anti Israel Center for Jewish Studies at Baylor University. She sits on the boards of other anti-Israel organizations. Like Norman Finkelstein, Roy uses the fact that her own parents were Holocaust survivors to grant her own hatred of Israel and work against it [29] legitimacy. As one example, she published the following in the Journal of Palestine Studies, a propaganda magazine controlled by the PLO: "[I]t was perhaps inevitable [because of her parents' experiences] that I would follow a path that would lead me to the Arab-Israeli issue." She then draws parallels between Nazi treatment of Jews and Israeli soldiers' treatment of Palestinians which, in her opinion, "were absolutely equivalent in principle, intent, and impact: to humiliate and dehumanize." [Like Ellis, she argues obsessively that the only real lesson of value to be learned from the Holocaust of European Jews during World War II is that Israel has no right to exist.

Steven Plaut is an American-trained economist, a professor of business administration at Haifa University and author of "The Scout." He frequently comments — both seriously and satirically — on Israeli politics and the left wing academic community. Write him at splaut@econ.haifa.ac.il His website address is
http://www.stevenplaut.blogspot.com.

This article was published November 18, 2009 in Front Page Magazine
(frontpagemag.com/2009/11/18/collaborators-in-the-war-against-the-jews-sara-roy/). It was entitled "Collaborators in the War Against the Jews: Sara Roy"