On 20 January, the world was shocked by pictures of what appeared to be a widespread power outage in Gaza, allegedly caused by a cutoff of fuel and electricity supplies from Israel. Television cameras showed candle-light processions led by children in Gaza streets, a meeting of the Hamas Parliament in a darkened hall, a premature Gazan infant crying in a darkened incubator, and other dramatic depictions of an "Israeli caused blackout" of Palestinian areas.

In reality, it was all a staged hoax. Take a look at these pictures: 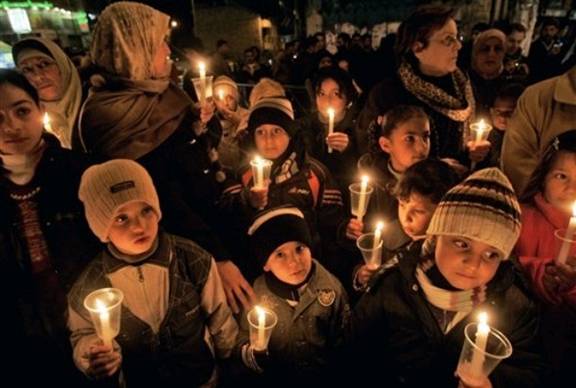 LEFT: Here's the candle light march of the children. The streets appear pitch-black. 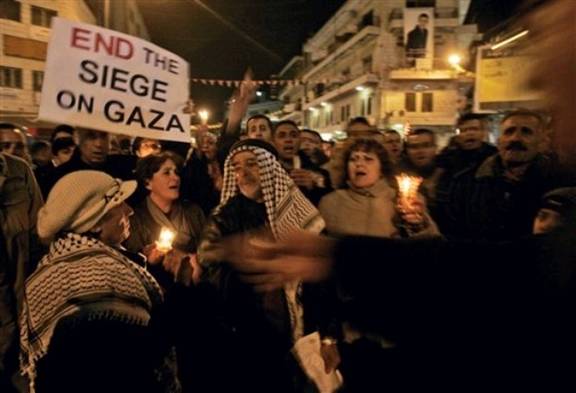 RIGHT: But look at this second picture, the electrical streetlights are blaring! 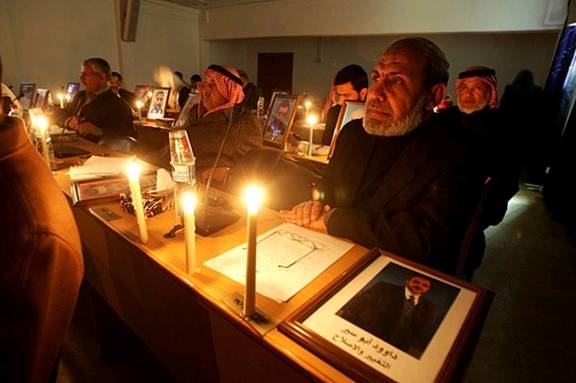 LEFT: And here is the darkened meeting hall of the Hamas Parliament. 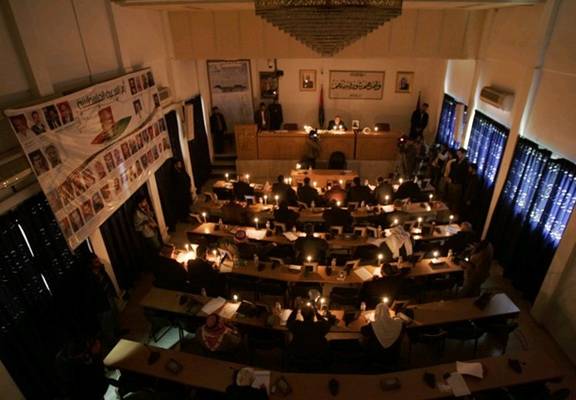 RIGHT: But look! At a different angle we see light coming in from the curtained window, used to create the dramatic effect of a blackout when none in fact existed! 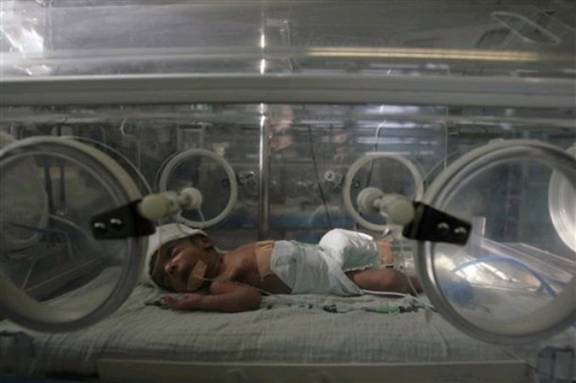 LEFT: And here is the heart-rending picture of a crying infant in a cold dark incubator. 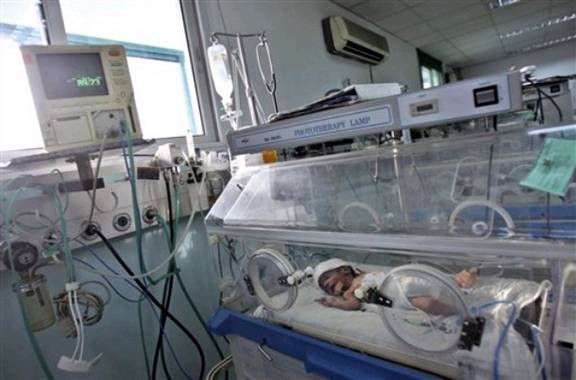 RIGHT: But looking at the same infant from a different angle, we see that the monitor display is working ... meaning that the electricity is ON!

The media reported about a vast blackout. The reality was, however, quite different. Hamas had significant stores of fuel that could have solved the power shortage, but it chose to save the fuel for its own uses. According to Israeli estimates, Hamas had sufficient fuel to prevent the residents' distress, but it chose to show what it ostensibly did not have and conceal its reserves for the use of its terrorist infrastructure and operations against Israel.

For example, the Palestinian Website Pal-Press published, on 20 January, the comments of a gas-station owner who wanted to speak anonymously. He told of how Hamas in Gaza had grabbed control of and stole large quantities of fuel that had entered the Strip and was stored at gas stations. According to the gas-station owner, the fuel was intended for hospitals, but Hamas took the fuel to its bases for the sole use of the its own infrastructure, the al-Aqsa satellite station, the homes of senior Hamas members and the Hamas security headquarters. The Website added that, according to local sources, Hamas leader Ismail Haniyah's security guard stole fuel at gunpoint from a-Shifa Hospital, in Gaza City, and from gas stations for the vehicles of Haniyah and his entourage, his house, and the government's office.

Lamentably, the media played a central role in this hoax against the truth. A foreign journalist in Israel told friends that one of his colleagues in Gaza was on the scene when the lights were turned off, and people demonstrated with candles in front of the TV cameras. He described how the Al Jazeera cameramen were staging the scene as if in a movie studio, telling people where and how to pose for the cameras, what to say, and how to say it. It seemed a bit odd to him so he reported these facts to his superiors. Yet they took no action, and they, like many other media outlets, reported about this staged power outage in Gaza as if it were a genuine event.

If you feel duped, don't feel bad. The entire world was fooled!

Martin Solomon runs a website devoted to examining such topics as Islamist shenanigans. This was posted February 8, 2008 on his website, Solomonia,
http://www.solomonia.com/blog/archive/2008/02/ pallywood-and-the-gaza-blackout-a-hamasa/ Contact him at solomon@solomonia.com

Thanks are due Gabrielle Goldwater for distributing it.

A reader, Diggs by name, made this comment about the Solomonia article: