HOW DO I KNOW? (ABOUT ISLAM)
by Dr. Babu Suseelan

In public meetings, professional conferences, in interfaith discussion groups, Muslim fundamentalist leaders frequently ask the question: "Are you a Muslim? Do you have any Islamic religious experience? If you don't have any experience with Islam, how can you tell me about Islamic Jihad, Koranic dictates and Islamic history?" Everything is Islamic religious "experience" so many Muslim leaders would have us believe.

To accept the proposition, however, is to move toward the position that there is no "knowledge" only "opinion" and "experience". "It is all Islamic life experience," an educated Islamic leader once remarked. "Until you have experience with Islamic life, you are unable to discuss the meaning of Jihad and Islamic history". 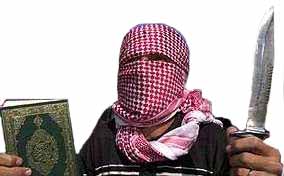 These statements and questions are intended to act like a silencer. It can bring rational discussion about the brutal past of Muslims and Jihadi terrorism to a stop. It can inhibit discussion before it begins about Islamic fundamentalism and Jihadi terrorism. This vague talk and faulty logic about "Islamic experience" has erroneous subversive power. The question is posed to discredit non-believers.

This state of mind of fundamentalist Muslims can lead to a sort of whimsical talk. It means Muslim fundamentalist leaders are afraid to look at what they are doing, practicing and preaching. Muslim radical leaders use "Islamic life experience" as a term of contempt for reason and knowledge. Even to ask the question, "Are you a Muslim?" takes a lot of courage and means a shortcut to denial.

There are powerful implications in such questions. One is that experience with Islamic life distorts facts. It is a false assumption that only a practicing Muslim can understand Islamic Jihad and its history. Fundamentalist Muslim leaders to dismiss knowledge and reasoning frequently use Islamic life experience.

Like all relativistic, dogmatic, irrational arguments, this one is faulty. In any case, "experience with Islamic life" is less credible. It is to be discredited simply by identifying its origin. Running to "Islamic experience and faith" is running away from the whole business of truth seeking. It is blinking the issue of the brutal past of Islam and the atrocities committed by Jihadi terrorists. Jihadi terrorists, suicide bombers and fundamentalist preachers have "Islamic experience". Who in the world would deny that? They might sensibly boast of it. They offer their "Islamic experience" without rational analysis or in total ignorance of their past history.

I do not want to deny religious experience of Muslim radicals but only suggest that the assumption that "Islamic belief" is where we start and never where we end is enormously unsafe.

One can gain knowledge and insight about Islamic theocracy without believing in Koranic concepts or practicing Islamic dictates. A view might be acquired with no experience, with out belief at all, as most people acquire the view that Jihadi terrorism and suicide bombing are wrong on no experience of terrorism or bombing and, yet, prove dependable.

The assumption that belief and experience necessarily underlies knowledge or the notion that all knowledge needs to be based on practical experience is a fallacy. The Muslim radical's fallacious argument is, nonetheless, potent. "How do you know?" and "How can you tell us about Jihad and Islam if you are not believer or practicing Muslim is really an impertinent question. One can certainly know that Jihadi terrorism is dangerous. We know that suicide bombing is dangerous. One would continue to believe that fundamentalist; dogmatic Islam poses a threat to pluralism, secularism and religious freedom without any Islamic religious experience or faith in Koranic concepts. Any argument to discredit this proposition would be discredited even before it is heard.

Muslim radical's assumption about "Islamic faith and experience" needs to be replaced with the idea of "coherence theory". Coherence theory proposes that knowledge and common views are seen to be true when they cohere with other common views and historical facts one already holds and accepts. Coherence theory accepts that in speaking of morality, we know what to value and what to condemn.

I shall expand the coherence theory with further illustrations. Many of us have not witnessed the Islamic conquest of Constantinople or the destruction of Persian civilization by Muslim invaders but are convinced with certainty, that these are historical facts. This certainty is not irrational, and our knowledge would not be reinforced even if I have converted to Islam. Many of us have not witnessed suicide bombing but are utterly convinced that suicide bombing is inhuman and they are mostly Muslims.

We know that Jihadi terrorism, suicide bombing, kidnapping, hijacking, coercive religious conversion are wrong. Our belief on these criminal acts need not be grounded on any single argument, set of arguments, or faith and experience.

To the Muslim fundamentalist's challenge of "How do you know about Islam?" or "Are you a believer?" one need only answer that no answer to that challenge is necessary. We know because the numerous considerations that bear on the danger of Jihadi terrorism cohere and fit with worldview on that matter.

A recent incident reminded me vividly of the marked validity of coherence theory. On publishing a pamphlet on "Dangers of Coercive Religious Conversion", I received comments from a number of Muslims arguing that "freedom" means freedom to forcefully convert non-believers, freedom to impose Islamic morality and Muslim jurisprudence. Perhaps, there is no single argument by which one could refute that whimsical statement, but if I had to choose between freedom from Islamic morality and freedom to believe in secularism, I would choose the later without hesitation. 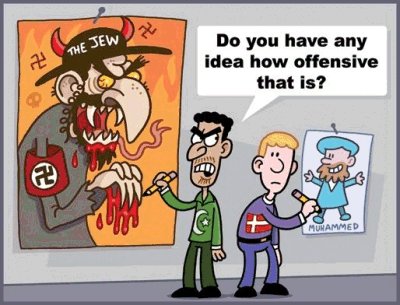 The Muslim radicals may reply that my belief about freedom, secularism and my religious belief fail to reflect the ontological concepts of Islam. This mirror image is potent in the sense that it is widely accepted by Islamic fundamentalists. It is also known as "correspondence theory". It is often assumed that one must believe in Islamic faith and experience Islamic life in telling the truth about Islam. This also means one must have blind faith in Islamic concepts in interpreting Jihadi terrorism. Though plausible, the argument is inadequate and ultimately false.

Life of a Jihadi terrorist can be real, and then that life in itself may not be the life one ought to live. Muslim fundamentalists and Jihadis must transcend the narrow Islamic tunnel vision and see the real world as a whole, it means that partial, dualistic and particular Islamic worldviews are partial, narrow, rigid, inadequate, and false.

The impatience, hostility, tunnel vision, and cognitive distortion are characteristic of Muslim fundamentalists. They are in a hurry to discredit non-believers. "How do you know about Islam?" is less a question than a challenge.

The task of convincing an Islamic radical the market superiority of reason and knowledge over a rigid, dualistic and false belief system could take more time that a Muslim would be willing to give. A Muslim will not stay for an answer or willing to be free. They are to be forced to freedom.

Dr. Babu Suseelan is a professor of psychology and director of a drug and alcohol treatment program in Pennsylvania. He writes on the effect of Islamic terrorists on Hindu society. This was submitted February 11, 2008.