THE HOPE OF AFSI VERSUS THE DOOM OF AIPAC
by Dr. Judah Tzoref

Whether AIPAC represents the majority of American Jewry is questionable, but AIPAC's open support for Sharon's planned destruction of the Jewish province of Gush Katif is a shameful display of inexcusable depravity. For Sharon's policy is a reprehensible disengagement from the basic values of democracy, humanism and Jewish morals. 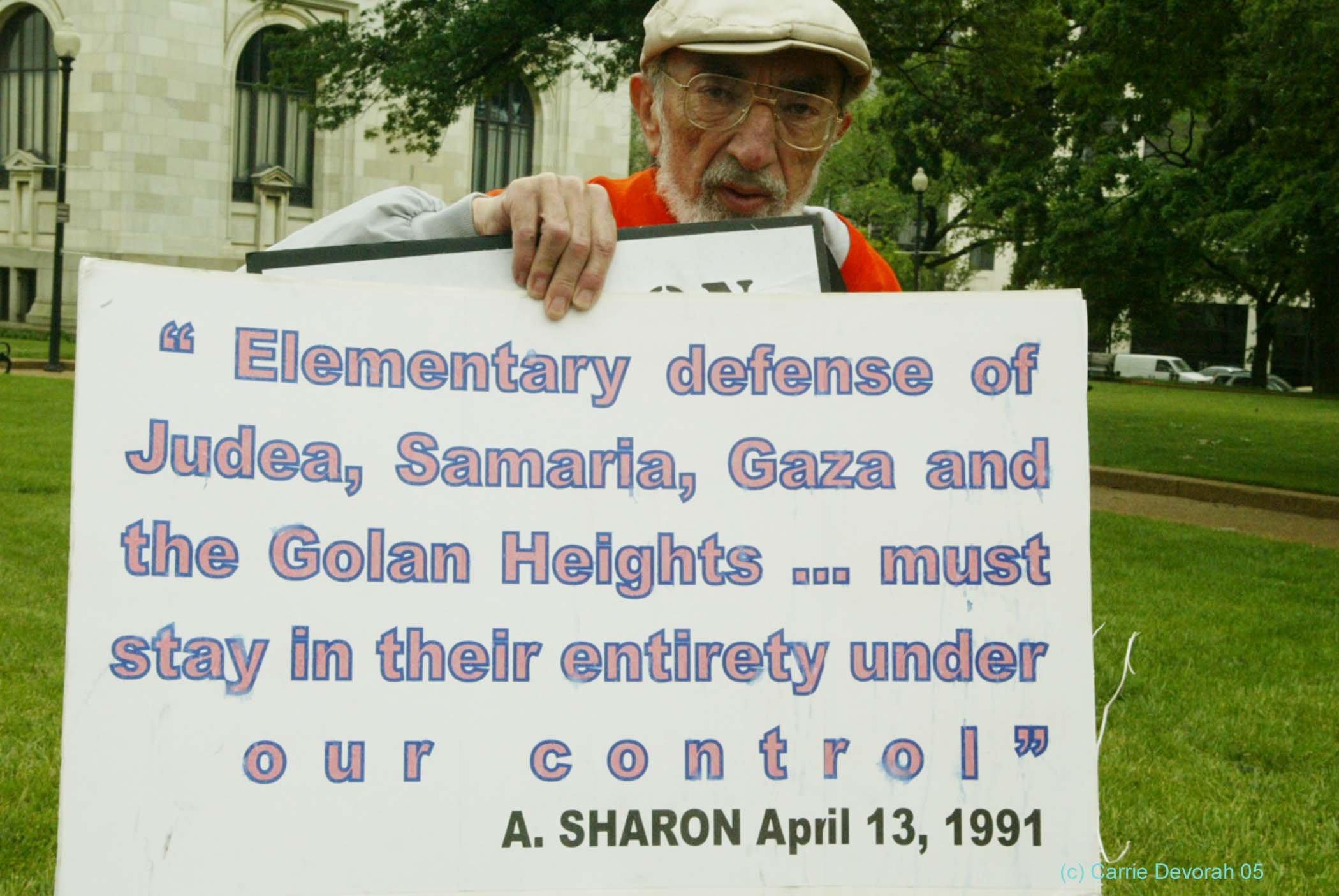 By its avowed backing of Sharon, AIPAC leadership betrays not only the sustainable future of Israel but also the American constitutional principles of justice, defense and liberty. The so-called Disengagement Plan is unheard-of in the history of moral civilizations, least of all in USA. No nation would ever dare to consider such perpetration of ethnic cleansing against its own fellow-countrymen.

Whether AIPAC members do not have a clue about Sharon's political brutality is indeed conjectural, but their double-standard morality syndrome, that selectively blinds their senses as well as conscience, should be traced down to the enemies of Israel. In his obsessive and reckless stampede to press the Disengagement, Sharon has been violating every possible value of democracy.

Not only is the Disengagement a flagrant violation of the fundamental democratic law of Human Freedom and Dignity, the "plan" has been promoted by deception of the electorate. The election results granted a solid electoral majority to a national platform committed to the integrity of all Jewish settlements in Judea, Samaria and Gaza Strip. However, Sharon disregarded the election results in order to enforce a far-left policy against the conscience and conviction of the right-wing majority that brought him to power.

Sharon's treacherous deception of his staunch electorate and his betrayal of their democratic confidence are just the tip of the iceberg in the twilight zone of his crimes against democracy. Within a few years of his term in power, Sharon has been persistently undermining the very existence of Israel. A thorough process of national restoration will be required after the termination of Sharon's reign of corruption, tyranny, bribery, crime and anarchy, that has inflicted deadly blows on Israel's fragile democracy, national solidarity, morality, morale, security and durability. This is the "democratic leader" so fervently acclaimed by AIPAC.

In an inspiring contrast to the AIPAC doom agenda, the movement of Americans For a Safe Israel (AFSI) delivers the message of hope to the Jewish state by joining forces with other truthful organizations, such as the American Committee for the Preservation of the Land and People of Israel, the Freeman Center for Strategic Studies and the Zionist Organization of America (ZOA). 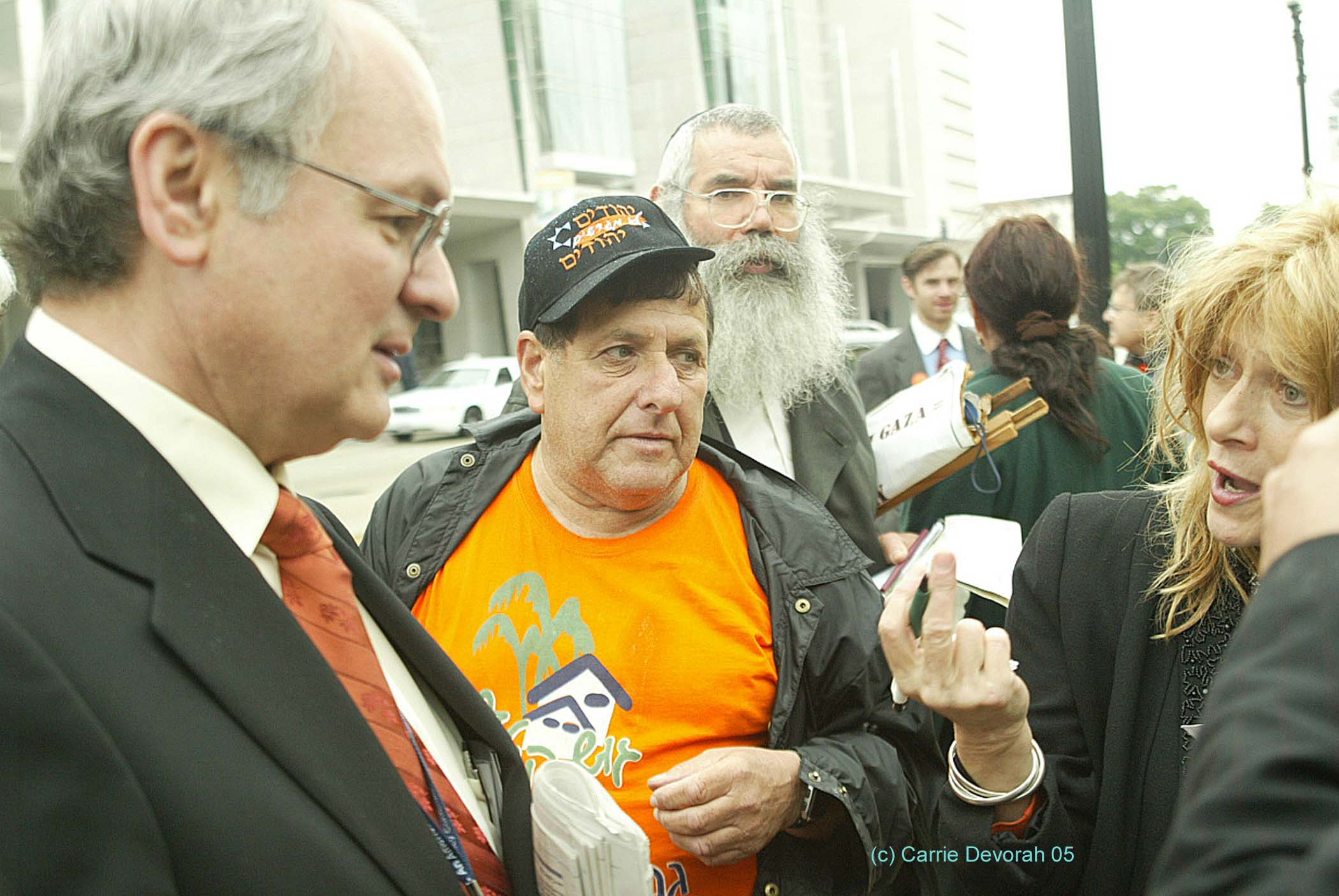 Disturbing news are conveyed to Israel by Israeli visitors in USA. It is reported that the American public opinion is brainwashed by a slanted media, whose agenda is to sell the Disengagement as clean merchandise. Considering the media's wholesale betrayal of ethics, integrity and professionalism, the help of the pro-Israel coalition is vital in spreading the true word about Pandora's box of crimes disguised under the innocent-sounding but false veneer of Disengagement.

Gush Katif is a miniature model of Israel and one of the most fabulous enterprises of the contemporary Return to Zion. No wonder that Sharon's whim of destroying Gush Katif could be "legally" promoted only through corruption, brutality and bribery within the political buffoon circus of the government and Knesset by courtesy of a blind eye from the corrupt judiciary. For Israel's intricate history proves that democracy, morality and survivability are intimately linked to the integrity of the Land.

Dr Judah (Yehuda) Tzoref is a scientist, trained at the Technion in Haifa and Oxford University in England. His expertise is in physics and energy engineering. He is a grass-roots activist on behalf of Israel. He lives in Rehovot.