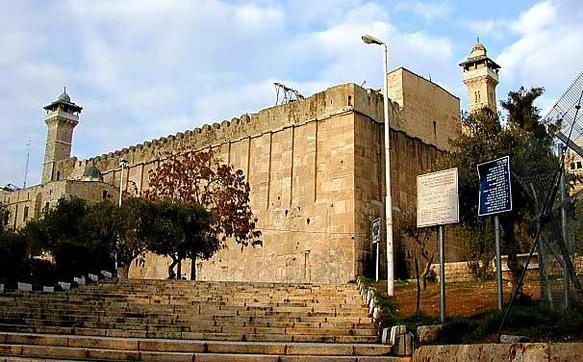 Hebron (Chevron in Hebrew) was the first piece of land ever purchased by the Jews in Israel. Approximately 38 centuries ago, Avraham, our forefather purchased a cave in in Chevron to bury his beloved wife Sarah. Jews have owned land in the city pretty much from then till now.

In 1929, all that changed. Friday night, Rabbi Ya'acov Slonim's son invited any fearful Jews to stay in his house. The rabbi was highly regarded in the community, and he had a gun. Many Jews took him up on this offer, and many Jews were eventually murdered there.

As early as 8:00 a.m. on Saturday, the Jewish Sabbath, Arabs began to gather en masse. They came in mobs, armed with clubs, knives and axes. While the women and children threw stones, the men ransacked Jewish houses and destroyed Jewish property. With only a single police officer in Hebron, the Arabs entered Jewish courtyards with no opposition.

Rabbi Slonim, who had tried to shelter the Jewish population, was approached by the rioters and offered a deal. If all the Ashkenazi yeshiva students were given over to the Arabs, the rioters would spare the lives of the Sephardi community. Rabbi Slonim refused to turn over the students and was killed on the spot. In the end, 12 Sephardi Jews and 55 Ashkenazi Jews were murdered.

'On hearing screams in a room I went up a sort of tunnel passage and saw an Arab in the act of cutting off a child's head with a sword. He had already hit him and was having another cut, but on seeing me he tried to aim the stroke at me, but missed; he was practically on the muzzle of my rifle. I shot him low in the groin. Behind him was a Jewish woman smothered in blood with a man I recognized as a[n Arab] police constable named Issa Sheriff from Jaffa in mufti. He was standing over the woman with a dagger in his hand. He saw me and bolted into a room close by and tried to shut me out-shouting in Arabic, "Your Honor, I am a policeman." ... I got into the room and shot him

When the massacre finally ended, the surviving Jews resettled in Jerusalem. Some Jewish families tried to move back to Hebron, but were removed by the British authorities in 1936 at the start of the Arab revolt. In 1948, the War of Independence granted Israel statehood, but further cut the Jews off from Hebron, a city that was captured by King Abdullah's Arab Legionand ultimately annexed to Jordan.

When Jews finally gained control of the city in 1967, a small number of massacre survivors again tried to reclaim their old houses. Then defense minister Moshe Dayan supposedly told the survivors that if they returned, they would be arrested, and that they should be patient while the government worked out a solution to get their houses back. Dayan never got around to it--I guess he was too busy giving away Jewish rights to the Temple Mount.

About a year ago a descendant of one of the massacre survivors made a real estate investment in Chevron...this is where Ha'aretz picks up the story: 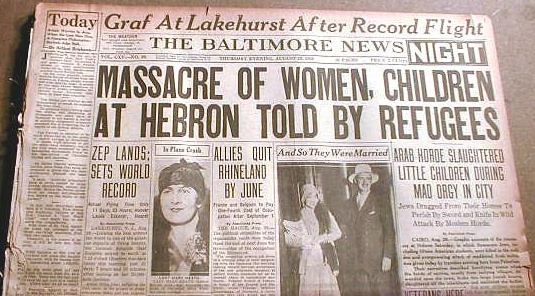 Between stretching plastic sheets over the windows and placing buckets exactly under the leaks in the roof, settlers at a contested house between Kiryat Arba and Hebron are trying to maintain some sort of normal routine.

For humanitarian reasons, the Israel Defense Forces were willing to allow them to renovate the house so as to make it more livable. But Defense Minister Ehud Barak decided that the building will remain unchanged as long as it is occupied by the 20 settler families and their dozens of children.

Ten months have passed since the settlers entered the three-story building, which covers an area of over 3,000 square meters. The $700,000 to buy the house came from people in New York who originally wished to remain anonymous. But they are nurturing a grudge against Israeli bureaucracy, and this week, they decided to speak out: The buyer's son, a religious Jewish businessman from New York who agreed to be identified only as B., spoke with Haaretz about his plans for the house and his motives for buying it. "My paternal great-grandfather lived in Hebron before the riots and the deportation of 1929," said B., referring to the murder of 67 Jews that summer by Arabs incited by false rumors of Jewish-orchestrated massacres of Arab Jerusalemites. "Part of my mother's family also lived there. They experienced the horrors of the massacre and knew many of the victims." 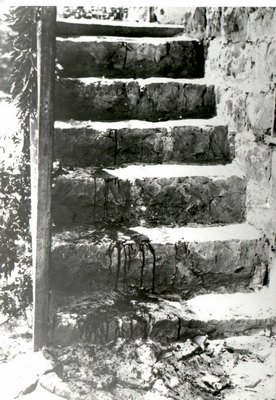 The carnage, 19 years before the creation of the state, had a deep effect on the Jewish community. The survivors were forced to flee Hebron, and their property was seized by local Arabs and occupied until after the Six-Day War of 1967.

"My family survived, and were deported to Jerusalem," said B. He noted that his mother and father, both born in Syria, still visit Hebron regularly.

The idea of buying the building, known as Beit Hashalom ("house of peace"), came up five years ago, he said.

"We were presented with several options for buying houses in Hebron," he explained. "We could have bought a house in Tel Rumeida, in the Avraham Avinu area. But eventually we opted for Beit Hashalom, because it's a bridge between Hebron and Kiryat Arba - which could have a dramatic and welcome effect."

B. said he never dealt with the former Arab owners who sold the house. "We had people working for us to handle that for us," he said. "But I have pictures and video footage that prove everything is legitimate. The Israeli authorities also have the material. They know it's all kosher."

According to B., the video footage shows the former owner receiving the money for the building, counting it and signing the papers to transfer the property.

"If the documents are false, as some have tried to argue, then how come the settlers have been allowed to stay there for the past 10 months?" he asked.

He also complained about the state's insistence on calling the settlers' presence in Beit Hashalom illegal squatting, despite the fact that a police investigation into the affair found that they did not break into the building.

B. said that he and his father are "not particularly wealthy" and that they had to break into their savings to pay for the real estate. "We decided to invest in the future of the people of Israel, because that future is everyone's future: the future of my children and of everyone's children."

B. said he plans to make the top floor of the dilapidated building into a festivities hall that will serve the families living in the lower stories - which he hopes will one day be brought up to standard.

This article was posted December 29, 2007 by Sammy Benoit. It is archived at
http://yidwithlid.blogspot.com/2007/12/ how-hebron-became-occupied-territory.html